Chella took place at the Riverside County Fairgrounds on Thursday April 19th, 2018. The sold out show featured an array of music headlined by Los Angeles Azules. The show was a “thank you” from Goldenvoice to the Latino community living in the Coachella Valley where the world-renowned music festival takes place. It was a way for locals to catch some of the acts performing at Coachella at much smaller, intimate, venue. 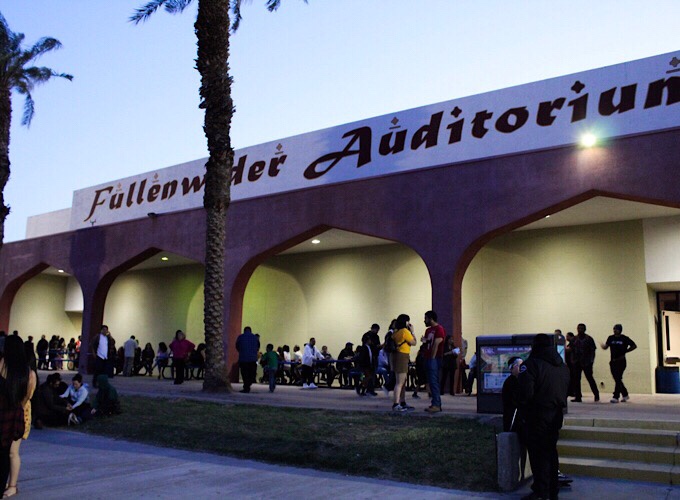 The concert was was a brilliant clash of Latin flavored music, then and now. Not only were the tickets reasonably priced at $20, it was also an interaction of two generations which is almost unheard of nowadays. I feel like we, myself included, have become so separated through technology and social media it’s kind of hard to connect with someone older who may have a different perspective on life. At Chella this was not the case! It was definitely a family affair seeing as there were many teens/younger children in attendance alongside their parents. It seemed the music acted as a glue that held the crowd together as they swayed and sang their hearts out. The older couples were mainly attracted by Los Angeles Azules while Cuco and Ocho Ojos brought in the younger crowds. Personally, I was hyped to see Cuco and Los Angeles Azules perform live, let alone at the same venue! For many, or at least for myself, Chella gave me flashbacks of family gatherings while dancing in a circle and being cheered on if you had the guts to dance in the middle.

Now, I’ve always considered myself quite the music enthusiast and I feel my Mexican upbringing definitely exposed me to different sounds and artists that aren’t usually played on popular English music outlets. Being bilingual I was able to enjoy both the Spanish and English bangers. Regardless of the language, I believe music is therapeutic and always has a story or lesson to share. Growing up music was an important aspect in my shaping who I am today. There are tons of songs I listened to when I was younger that are still relevant to life in 2018. I learned that you should stay away from “scrubs” who hang on the passenger side of their best friend’s ride. Also, if someone’s got a girl(or guy) and they’re still coming on to you, be firm, look them in the eyes and tell them “NO TE METAS CON MI CUCU!”  I’m kidding, although that is a pretty fun song to dance to. Much has changed since I was a kid as we are now starting to see a big wave of Spanish singers collaborating with English hip hop and pop artists.

So for those of you who aren’t familiar with the artists of Chella lets get into the dirty details of the sounds that filled the night. 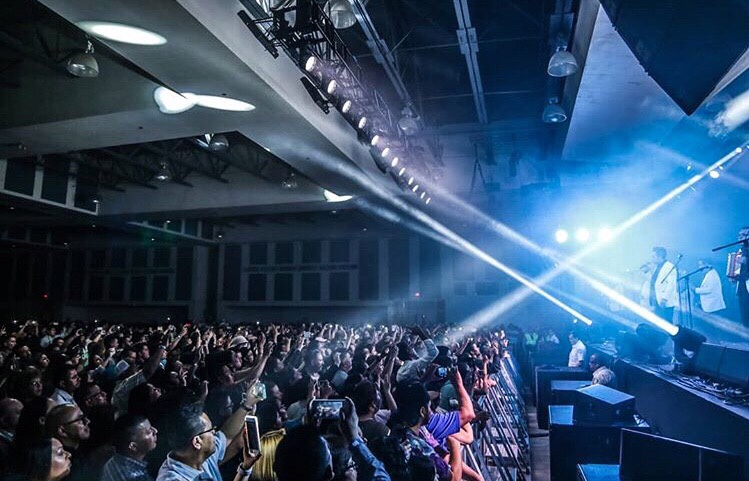 Los Angeles Azules –  A Mexican musical group that’s been around since the early 80’s.   They’re known for their playful pop, party-themed cumbias and of course their heart tugging love ballads. There sound has changed over the years and with their creative blend of diverse elements, their latest album, “De Plaza en Plaza”, can be described as a fusion of cumbia-style electronic music. They’ve come a long way and worked their way all the way from Mexico to the Coachella stage. 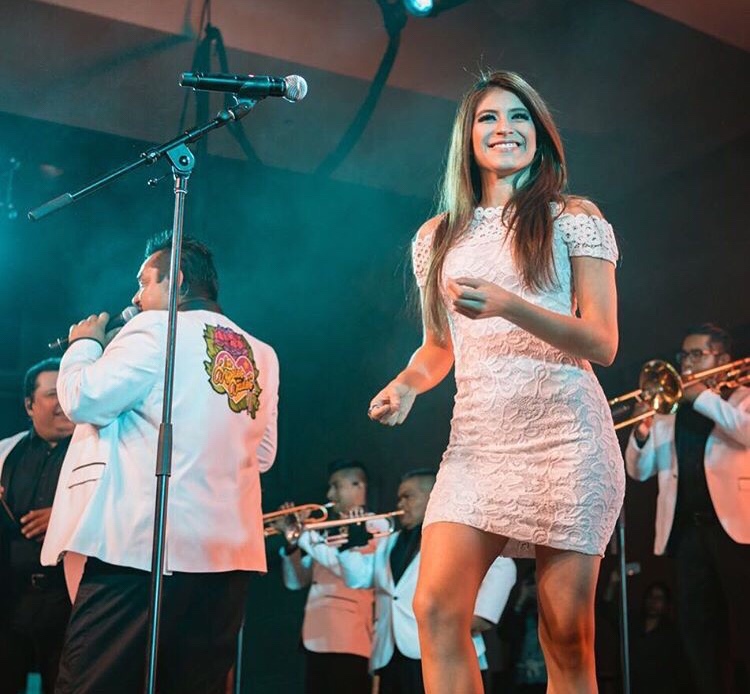 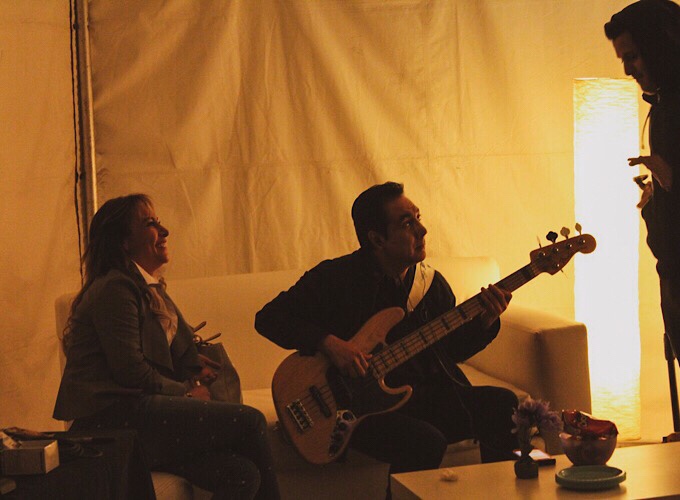 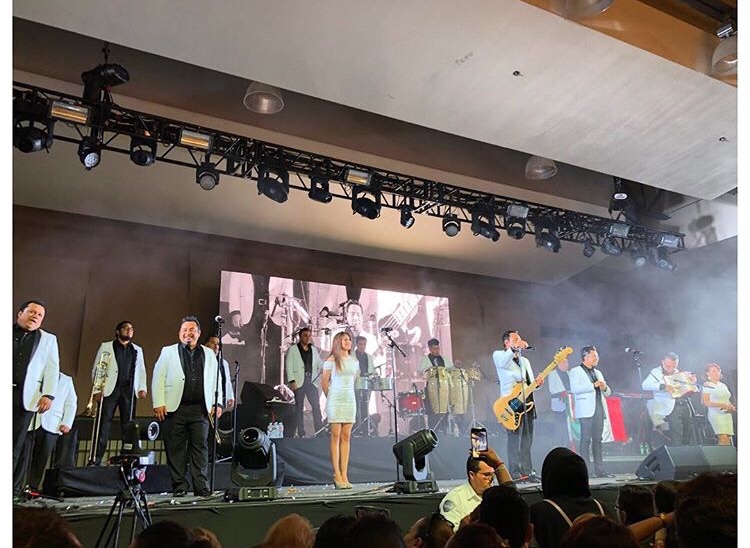 Cuco –  A 19-year-old dream pop singer/songwriter from Hawthorne, CA. His tracks are mostly in English, sometimes in Spanish, and more often than not he sprinkles in both to create a little Spanglish magic. Cuco’s music delivers feelings of nostalgia and romance in the city of angels with the mariachi style trumpets while still getting funky with 808’s, synths and uber cool reverb over his vocals.

Helado Negro– A Brooklyn based performer of Ecuadorean heritage. His music is a mix of personal and political avant-pop latin influenced music. Often performing between two costumed, choreographed humans called the Tinsel Mammals, his live show challenges the balance between visual art and musical performance. His music is an evolving collection of delicate electronic ballads with trance-like refrains.

Come Be Me, Invisible Heartbeat

Ocho Ojos–  Ocho Ojos, which literally means 8 eyes in English, are a local Coachella Valley band who describe themselves as a psychedelic/ traditional cumbia band. Think lo-fi cumbias with a bit of blues influence and a generous amount of electronic sounds. Their music adds a fun modern twist on cumbia style music.

Ocho Ojos has been doing an awesome job of putting their music out there and creating quite a buzz for themselves. They even performed at Coachella last year! They are one of my favorite up and coming artists and its’s nice to see their hard work paying off. They were the opener at Chella which was a refreshing choice being that they are a local band from the East end of the valley. They always manage to get the crowd grooving! I’ve seen them a couple of times at local shows but this show seemed different. I caught up a bit with the band’s singer and guitarist Cesar Flores to ask about how things went down at Chella. 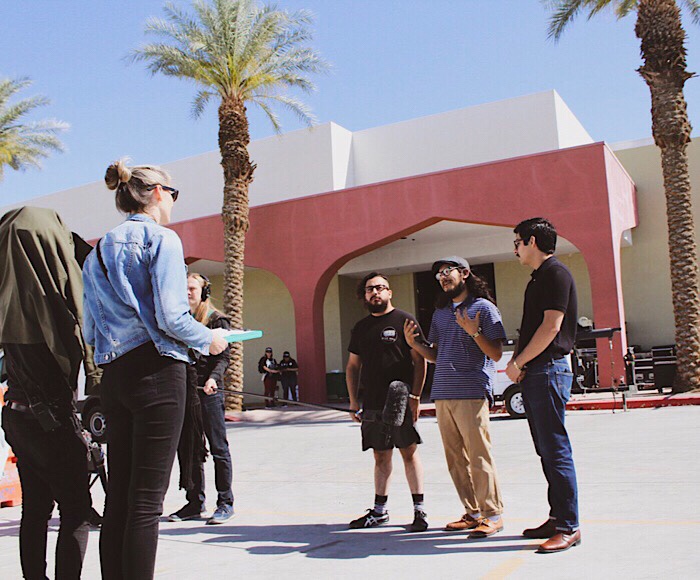 When you were approached with the opportunity to perform alongside Los Angeles Azules how did you react? Are you a fan of theirs ?

I was at work one morning when I received the news. I felt excited because I knew Goldenvoice held events during “Coachella Season” so obviously it was gonna be a good show. It could have been my friend at Goldenvoice who put in a good word for Ocho Ojos to be considered for Chella since we played Coachella in 2017. I am actually a big fan of Los Angeles Azules and their music. My interest in them wasn’t simply because I “grew up listening to them at family parties as a child”, it’s so much more than that.  Latin music is a sound I identify with both musically and culturally. I like to listen to their music while recognizing them as legends in the Mexican cumbia world.

Was the vibe for this particular show different from what you’re usually used to ?

No because it was in Indio, CA at the Fullenwinder Auditorium. I can’t tell you how many  Quinceañeras and weddings I’ve been to at that particular spot. I’ve lived in the valley for about 15 years and feel completely at ease whenever I play in my hometown (the valle). Chella basically focuses on the music of Latino/a artists whose music I resonate with. I felt at home, nothing but brown people at that event. It’s just like the lyrics I wrote for our song  Cumbia De Este Valle says: “Gente piel canela, me siento en mi hogar.”

If you had one message to give to your fans, what would it be?

A message that I think is worth hearing? Probably to be patient with anything life gives you. It’s a way of determining how dedicated you can be someone to or something. Y que no se aguiten!

(roughly translated: don’t let things get to you or get you down)

I agree 1000% with Cesar in that you should never let something or someone bring you down. Even when you feel like its impossible to overcome, find it in yourself to keep pushing. All of the artists who performed are breaking barriers for other latino artists and creating a balance in our ever growing american culture. Spanish and English harmoniously together in music should translate into real life actions and scenarios. Through music we can create an equal platform to voice our opinions and share our experiences. Music is the universal way we express ourselves. Music brings us together as one.

Don’t forget to check out their music ! 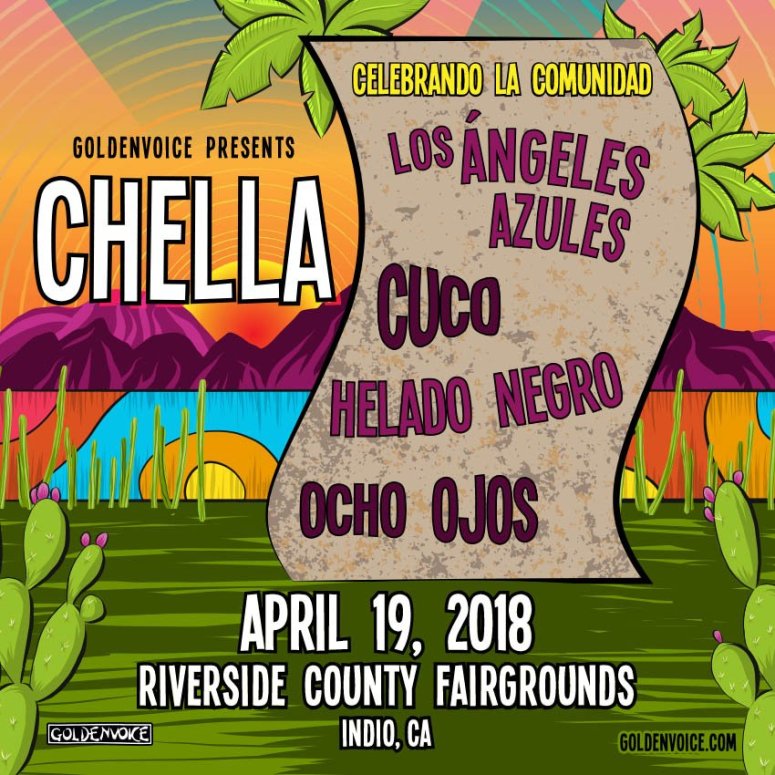 Sensitive indiviual with too much on time on their hands with access to high speed internet.